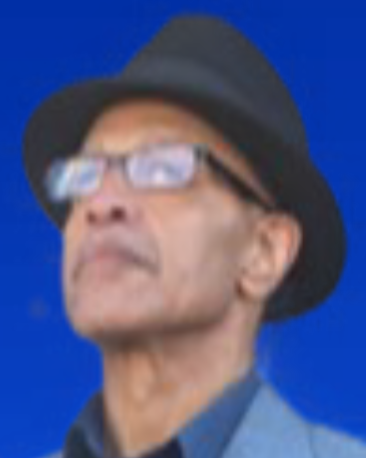 Alfonso C. Evans Jr., was born on March 22, 1960, in Kansas City, MO to Wanda J. Evans and     Alfonso Evans Sr.  Affectionately known as “Junior” to his family, he was the second child born in a family of girls at the time.

He was educated in the Kansas City Missouri Public School system, where he was most proud of  attending Paseo High School.  Jr., is remembered by his sisters as a protector, confidant, and friend.  To them he was the most kind and loving big brother.  Even though he was not the oldest     in years, he was the head of his sisters. Picking them up on Sundays to go skating.  Showing up  unexpectedly to see them home from school safely.

The object of many young ladies’ affection, he never hesitated to bring his sisters along when he was courting a young lady. Family was everything to Junior, he loved to go sit on the porch and talk and laugh with his Grandfather.

He loved to climb trees and ride horses. Junior would always talk to his sisters about life.  Somehow, someway, he would show up to protect his sisters, unbeknownst to them, he was always right there whenever things got tough.

As a youth, Junior lived with his mother, father, grandparents, and spent time away from the people he loved most. In early 1980, during a visit to Denver, Junior would meet a young lady named    Paula R. Richard.  After dating for some time, he and Paula would welcome a baby girl, Shayla Renaé Evans Richard.  His only child, who would later bless him with his pride and joy, his grandson Kaleo.  His daughter and grandson meant everything to him, often saying “they were proof that he was here”.

Junior loved life!  Music, dancing, skating, eating, failed attempts at cooking, laughing, and      spending time with his nieces, nephews, and loved ones.  A great, great-uncle, he loved hanging with the babies!  It was a joy for him to watch the younger generations of his family grow up. He was the fun uncle, the ride or die who loved to drive and could talk cars from sunup to sundown.  You never saw him without his clothes pressed, matching, with a hat, and nice jewelry. Junior    always stepped out looking like money!

A great roller skater, Junior spent hundreds of hours at Rhythm Lanes skating rink. He was a fan of KC professional sports teams, the KC Royals and his beloved Superbowl Champion Kansas City Chiefs. During football season, Junior spent many Sundays’ texting his grandson anti- Bronco     slander. As much as he loved you, he also loved to tease you and keep you on your toes. He took it as well as he could give it.

Junior was a comedian, and had a saying for every situation, “Don’t be mean jellybean.” He     entered a room with vigor “The Champ IS HERE!” If Alfonso Capone said it, he meant it, and he was loyal with his word. If he had it, it was yours. He was a non- judgmental person who understood the many seasons of life. No one cheered harder for you than he did. Junior always followed his own mind.  He lived and died trusting God had him in every situation. No matter where life took him, the names of his daughter, sisters, mother, and grandmother were tattooed across his heart. His lively spirit, compassionate heart, and gravelly voice will be missed immeasurably.

Alfonso passed away Thursday, May 19, 2022. He was preceded in death by his father, Alfonso  Evans Sr.; grandparents A.J. and Pauline Black, Willie Mae and Buttons Evans Sr., all of his     uncles; and aunts, Jean Scruggs, and Sarah Evans.

To order memorial trees or send flowers to the family in memory of Alfonso Capone Evans Jr., please visit our flower store.