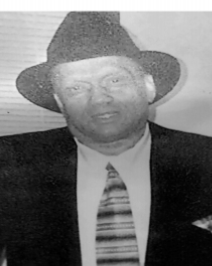 Atuck Lane Jr., of Kansas City, Missouri, transitioned from life to etenity on Sunday , November 27, 2022. Atuck was born on Novmeber 14, 1941, to Atuck Lane Sr. and Evalena Lane in Gould, Arkansas.

After completing high school, he left the small town of Gould and headed to the  big city of Chicago, Illinois where he spent most of his adult life. This is where  he would meet the love of his life, Evelyn Evans. They were soon married and to this union, two children were born- Gwendolyn ( Mickey) and Angela (Ann). Unfortunately, this union didnt last long dur to a car accident which left him a widower. He later married Jacqueline Woodard, to which one child was born - Tamiko ( Tammy) Lane.

Tuck, as known by many, was employed by Royal Continental Box Company for over thirty years. After retiring, he wanted to leave the big city and moved to Peoria, IL. After living in Peoria for a few years, he moved to Kansas City to be close to his daughter and grandchildren.

Tuck was a committed father, grandfather, great grandfather, uncle, cousin and friend to everyone in his family. Family was the most important and enjoyable part of his life. Tuck always went out of his way for others no matter what the circumstance. He loved listening to blues, watching westerns, fishing and gardening. if you could eat it , he grew it!

To order memorial trees or send flowers to the family in memory of Atuck Lane Jr., please visit our flower store.