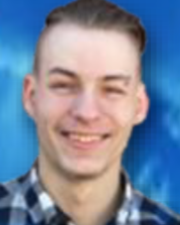 Benjamin Thiel, affectionately known as, “Ben”, was born on May 9, 2002 in Kansas City, Missouri to Dianna Ritter and Steven Barbour.

Ben was educated in the Lee’s Summit School  District and attended Lee’s Summit North High School. He worked as a mechanic.

Ben and Bella met and accomplished starting their family, and getting into their first home together. They were married, January 31, 2022, and blessed with their first child, Hardyn, and another on the way. Ben enjoyed riding his motorcycle and loved to spend time with his family.

To order memorial trees or send flowers to the family in memory of Benjamin Loyd Thiel, please visit our flower store.