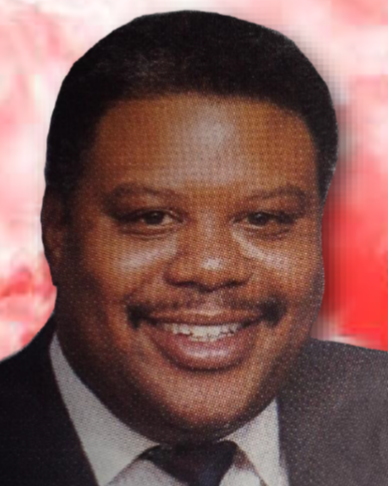 Bruce Terrance Johnson was born on April 30, 1953 at the Leavenworth (KS) Military Base, to Mosetta Glover Johnson and Henry Johnson, Jr..  He departed this life peacefully at Ignite Medical Resort (KCK), on  August 11, 2022, at the age of 69.

In his prime, Bruce T. was smart, witty, out-going, fun-loving, the life of the party, and an all-around nice guy --- whether he was with family, Kappa brothers, school chums, co-workers, good friends or perfect strangers.  Although over time, unwise choices and prodigal ways took a substantial toll on his life and body, Bruce’s genuine heart for people remained undiminished.

Bruce was baptized at an early age at the Eighth Street Baptist Church.  While he was still a child, his mother transferred the family’s membership to his father’s church home, St. Peter C.M.E. Church, where Bruce remained a member for more than 50 years.  Active in church activities from childhood through adulthood, Bruce was later a member of Steward Board No. 3.  He served on the Finance Committee and assisted with the church’s technology needs.

Even when his life’s journey included a few off-ramps and detours and he seemed, at times, to give up on himself, Bruce still clung to his hope in Christ --- that, even “if we are faithless, He remains faithful; for, He cannot deny Himself” (2 Timothy 2: 13).  Between 2013-2014, for example, Bruce boarded “The ARK”:  Family and Friends’ BIBLE Study Group.  Bruce kept returning to his spiritual roots to reclaim his imperishable inheritance (1 Peter 1: 4).

A lifelong resident of Kansas City, KS., Bruce graduated from  Wyandotte High School, in the Class of 1971.  He matriculated at Pittsburg State  University, earning a Bachelor’s Degree in Business Administration, a Master’s Degree in Accounting and began course work toward a doctorate degree.  As an undergraduate, Bruce played in the college band, and he was initiated into Alpha Psi Chapter of Kappa Alpha Psi fraternity.  After college, he continued as an active member of the Kansas City Alumni Chapter of Kappa Alpha Psi, serving as its 36th Polemarch.

Until his health began to fail, Bruce worked in Minnesota and later in the Greater Kansas City area, employed by such companies as IBM, Mobile Oil, Target, the KCMO Public School District and Diebold, Inc..

Bruce Johnson was preceded in death by his parents and oldest sister, Loretta Elaine (Johnson) Sandifer.