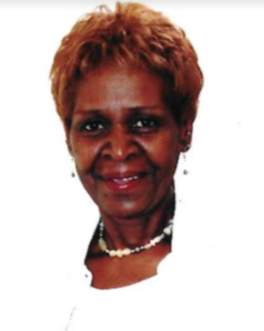 Carol Clayton was born in Proctor, Arkansas to the parents of Willie and Katie Lee Blue- Evans. She moved to Kansas City, Missouri in 1962. Carol then moved to Chicago, Illinois, where she resided for over ten years before returning to Kansas City. She remained here until her passing, September 30, 2022, at University Health Center, (Previously Truman Medical Center –
West). Carol graduated from Penn Valley Community College and completed a Phlebotomy Certification. She worked in this field until retiring in 2007 from Baptist Memorial Hospital. Throughout her career, she worked at various other hospitals in the area: North Kansas City Hospital and Shawnee Mission Hospital, now known as Advent. She was known and praised for her ability to be able to draw blood from patients when others could not. When patients returned to the hospital, they specifically requested her because of their prior experience with her. Carol was a member of Shalom Baptist for many years, where she married her husband,
Lloyd Clayton, whom she gave a special handle as “Homey”. She and her first husband, Henry White, produced two children, Bernard and Stevie Lynn. She was active in various ministries, Ushering and the Prayer Ministry, and was proud to say that God had given her the Spirit of Discernment. She named our Family and Friend Ministry of Giving as the “Cause”, that helped to support several transition houses for women. Here work was still not done, so the then helped to spearhead a weekly Bible Study and Sunday School with her family and friends from as far away as Atlanta, Georgia, Huntsville, Alabama, and Phoenix, Arizona. It was her desire that
everyone should know the “Word”, which is necessary to lead a successful, productive, and peaceful life in Jesus Christ.

To family and friends, she was known for some of her unique quotes and sayings: “I feel like a poor man’s back porch”, “I couldn’t care less than a hill of beans”, and “Honey” to whomever she was speaking, Carol was a twin of thirteen children. She was preceded in death by both parents, two sons, Carl and Bernard, and six siblings: Stanley, Lillian, Fred, Willie, Joanne, and Carl, her twin. Those left to cherish her memories are daughter, Stevie Lynn, grandchildren, Katlyn, and Cherish, stepdaughters Felicia, Zandra, Veronica, (Kurun), Alysia, (Michael), stepsons Lloyd Jr., Wendall, and Alvin, siblings, Mamie, (Albert), Lawrence, (Dorothy), Dianne Renee, (Paul),
Tracy, (Carmen), Minnetta, and Latonia, (Michelle), Mary Emma, and Falencia. The number of nieces, nephews, great-nieces, and great-nephews are too numerous to count along with many very, very special friends she leaves to mourn her.

To order memorial trees or send flowers to the family in memory of Carol Clayton, please visit our flower store.

Funeral Services will be held on Saturday October 8, 2022, visitation will beheld from 10 A.M. - 11 A.M. with the services beginning at 11 A.M at Shalom Missionary Baptist Church 3621 The Paseo Blvd