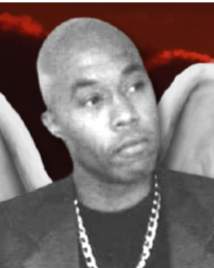 Charles Ray Bass was born on September 5, 1966 in Mayview, Missouri. He was the son of Marilyn Kay Bass and Leland.

He was blessed with two children, one son, Adrian Ray Clark, and one daughter, Alexandria Frances.

Charles Ray enjoyed entertaining. He was a rapper, singer and comedian. He had many talents in those areas, and loved to be the main attraction wherever he was. He was a joy to be around, ALWAYS had you laughing with his jokes and comments he would make. He also wrote poetry. His    imagination was impressive, and had no problem expressing what he was feeling to anyone. Charles Ray could make a friend anywhere and anytime no matter who it was.

Charles Ray departed this life on Sunday, September 18, 2022. He was preceded in death by his mother, Marilyn Kay, father, Leland, and son, Adrian Ray Clark.

To order memorial trees or send flowers to the family in memory of Charles Ray Bass, please visit our flower store.