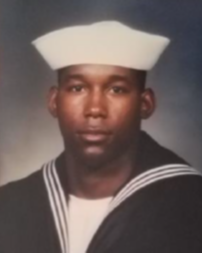 Davien DeWitt Warren was born in Los Angeles, California on March 27, 1976, to the union of Vernon W. Warren and    Jo-Anna H. Warren.

He played basketball, football, and he was in the Boys Scouts.  He also trained in the martial arts, specifically, Taekwondo ; he loved playing chess, singing, writing poetry, and listening to music.

He attended school in the Hickman Mills, Kansas City, and Shawnee Mission School Districts. He graduated in 1994.  He continued his education at the University of Maryland and Avila University.

Davien joined the United States Navy, and  he received  his training from the Navy Hospital Corps Col in Great Lakes , IL, and from the Field Medical Service School.  He served     in the United States Navy for seven years during the Persian Gulf War era. During his service in the Navy, Davien          received two Good Conduct Medals, a GWOT Service Medal, three Sea Service Deployment Ribbons, three Overseas      Service Ribbons, and a National Defense Service Medal.    Davien retired  from the Navy with an honorable discharge.

Davien was a kind, humbled man. He loved reading and discussing God’s Word with others. He passed on to Glory on Friday, October 21, 2022.  His  father, Vernon W. Warren preceded him in death.

“You saw me before I was born, every day of my life was recorded in Your book, every moment was laid out before a single day had passed.”

To order memorial trees or send flowers to the family in memory of Davien DeWitt Warren, please visit our flower store.