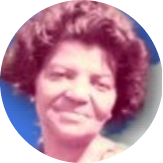 She married Nelson Williams Jr., in Little Rock, Arkansas in the 1940s. The couple started a family and soon after marrying, relocated to Kansas City, Kansas.

Eddie Mae Williams accepted the Lord at a young age. She joined Eighth Street Baptist Church in 1954, where she became a faithful member, serving on the Usher Board Ministry, Missions Ministry, Sunday School and in the church’s culinary department.

Eddie Mae was a well know beautician in Kansas City, Kansas, retiring in her late 70s.

She enjoyed traveling, daily walks in her neighborhood, reading the Bible and Sunday School lessons, crossword puzzles and spending time with her family and siblings! She spent her last several years with her caregiver/granddaughter, LaTosha Williams Sanders, grandson in law, Raymond and daughter, Rosalyn     Napoleon.

To order memorial trees or send flowers to the family in memory of Eddie Mae Lee Williams, please visit our flower store.