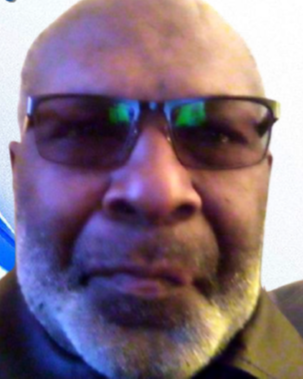 On October 3, 2022, Edwin C. Ford, our youngest brother was an uncle to some, a father to Latasha Ford, a grandfather to Assyria Charm, and an ex-husband to Tracey Ford of Minneapolis, Minnesota, transitioned from this life through death in Kansas City Missouri at the age of 60.

He leaves to cherish his memory to his remaining siblings, Daphne Ford of Kansas City,  Missouri, April Ford of Grandview, Missouri, Dr. Mary Ford of Houston, Texas, and Tomeeka Ford of Argentine, Kansas; half-siblings, Anita Perry (Milton), Phyllis Perry, and Damon Henderson, and a host of nephews, nieces, cousins, other relatives, and friends.

Edwin (Chucky) was born in Kansas City, Missouri, on October 8, 1961. He received his ministry ordination through a Baptist ministry in Minneapolis, Minnesota.

Edwin obtained a private military ranking from the US Army Reserves from 1980 to 1985. He also served as a combat engineer in the National Guard from 1977 to 1979.

After attaining his General Education Degree (GED) through Mingo Job Corps, Edwin earned a professional certificate in Heavy Equipment Construction between 1980 to 1982. At Job Corps, Edwin studied various educational trades, including electrical work, heating and air conditioning, residential and building maintenance, boiler operations, forklift, carpet cleaning, drywall construction, and plumbing, serving in   various supervisory roles. Celebrating one of his personal accomplishments, our brother Edwin loved having family gatherings, especially during the holidays. He looked forward to lending his cooking and barbecue talent each holiday season to prepare his signature dishes. Edwin is beloved by his family and friends and never met a stranger. He was very outgoing and loved to talk about his life's history. He is most remembered for his famous introduction; "Do you know who I am? I'm Chucky Ford!"

To order memorial trees or send flowers to the family in memory of Edwin Charles Ford, please visit our flower store.

Services will be held on Thursday October 20, 2022, visitation will be held from 10 A.M. - 11 A.M. with the services beginning at 11 A.M. at Eastside Missionary Baptist Church