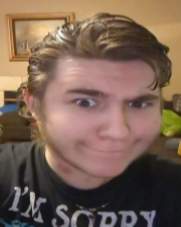 Elijah Ray Earley born April 20th 2007, (Age 15), died in a tragic accident on August 26, 2022. He was playing with a gun and it went off. He was a fun loving child who couldn’t stand to see anyone upset. His passions in life were legos, video games, reptiles, and being a class clown. He had decided when he was 10 he wanted to be a paleontologist and even though he never got the chance, he had already started planning his college classes to get there. He was a highly intelligent advanced child and there is no doubt he would have made an amazing scientist had he gotten the chance.
To Elijah family and friends made his world go around. He spent large
amounts of time playing with his younger siblings and cousins. Had he the
opportunity to become a parent he would have done so with the same loving
touch he gave to his 3 yr old brother, and any other small child that wanted his
attention.
The loss of a life of anyone who is so young is terrible. Elijah left behind
His mother Tiffany Bruntmyer, his father Micheal Earley, his stepfather Travis
Bruntmyer, 2 younger brothers named Sloan and Evan and a younger sister
named Sonny. He also left behind grandparents, cousins, aunts, uncles, and
friends too numerous to count or mention. He never had to question he was
cared for surrounded by so many people that loved him.

Services for Elijah will be held at Grace church located at 1915 N
Liberty St, Independence, MO 64050. Seating begins at 6 pm and services at
7pm on Saturday October 1st. He is gone but to those that knew him he will
never be forgotten. His memory will live on.

To order memorial trees or send flowers to the family in memory of Elijah Ray Earley, please visit our flower store.