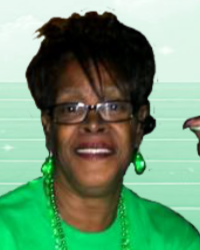 Diane was baptized at an early age at Sunrise Baptist Church in Kansas City, Missouri. She moved to Oklahoma City, Oklahoma in 1956 where her Aunt Gloria M. (Brown) Jackson cared for her until she became an adult. While in Oklahoma City, she attended primary and secondary schools where she graduated from. She was a member of Fairview   Baptist Church. After high school she trained in nursing school while working at Tyson as an Egg Packer.

Diane met and married Edmon E. Alexander in 1966. To this union two children was born, Sheila and Edmon Jr., both of Kansas City.

She moved back to Kansas City, Missouri in 1972 where she lived until her passing. Once back in Kansas City, she rededicated her life to Christ and became a member of Progressive Missionary Baptist Church. As a member, she sang in the choir. When she was unable to attend church, she would watch church via television.

She loved to sew but would fuss every time she was doing it. She had a patent on the Sleep Pretty Pillows that she made up until her health   declined.  She played baseball, bowled, and rode motorcycles mostly as  a passenger, but would occasionally ride by herself. She was known to race cars on her way home from work if she challenged and bragged if she won. Her most cherished hobby was going to the casino. When    Velma and Diane would spend the night at the casino, they would pack like they were spending a week there.

She was known that her nails had to be always done. One of the days that she got out of the hospital, her initial request was to take her to get her nails done.  If you were a person that did not like potato salad, you were hooked once you tasted hers and it was requested for every family function.  Diane was a very caring person and would give you the shirt off of her back if you needed it.

To order memorial trees or send flowers to the family in memory of Gloria Diane Alexander, please visit our flower store.
Send a Sympathy Card