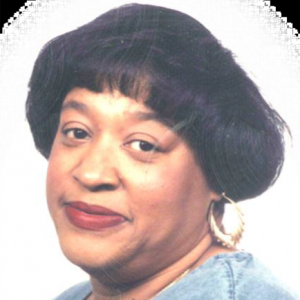 Jacqueline June Jenkins was the second child of Willie and June Jenkins. She was born July 18, 1953 in Kansas City, Missouri.

Jackie attended the old Manual High School in the Kansas City, Missouri area. At the completion of a school day, Jackie would proceed to the Greg Community Center for on the job training.

Upon graduating from Manuel in 1971, Jackie continued straight into the field of  Business             Administration from 1972 to 1974; GSA  Administration Worker 1974 to 2016; Executive Secretary for Bendix/Honeywell both sites located in Kansas City, Missouri.

In April 2002, Jackie married Mr. Sherman J. Bradley. They resided in Kansas City, Missouri. No biological children were born to this union. Mr. Bradley passed away in July 2017.

Jackie passed away on Thursday, March 12, 2020 at Providence Medical Center at the age of 66. Her husband, Sherman Bradley, and parents, Willie and June Jenkins preceded her    in death.

She leaves to cherish her memory her sister, Carrie; two aunts, Violet Pettis and Jane Carter-Ikerd; a nephew, Roy; and a host of sons,  daughters, grand and great-grand children through marriage, cousins, best friends and loved ones.