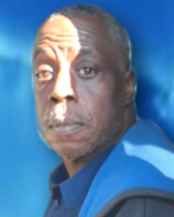 James was born January 31, 1967 in Kansas City, Missouri to James M. Grayson Sr. and Barbara  Harris-Grayson. He was educated in the Kansas City School District. James worked at Niece's Restaurant for over 10 years until he took ill.

Although James never married, he was blessed with two children. He enjoyed parenting, cooking, watching Football with his brother and nephews. playing games, singing, and making music and DVD's.

He leaves to cherish his memory, his sons, Austin and Deionzell; brothers, Mark A. Harris (Diane), and Rodney Grayson; sisters, Marylyn Harris, and Karen Harris Gatson; one great-aunt; three grandchildren; and a host of nephews, nieces; cousins, other relatives, and friends.

To order memorial trees or send flowers to the family in memory of James Grayson Jr., please visit our flower store.