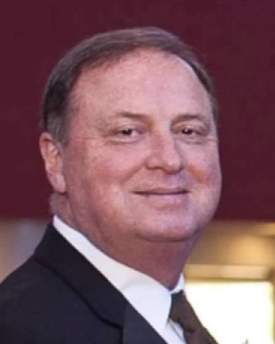 John “JR” Rolleston III passed away surrounded by his loving family on October 2, 2022. JR was born to John Rolleston II and Elizabeth Casassa Sedlock on July 9, 1955 in Norfolk, VA. After attending Florida State University, JR continued to have a successful career in the restaurant industry. His career eventually led him to Overland Park, KS, where he has lived for
the last 30 years. JR was an avid sports fan and enjoyed spending time cheering on the KC Chiefs, FSU, and the Blue Valley Tigers. He loved playing golf, spending time with his family and was always the first to sing along to a Garth Brook’s song. While he was proud of many things he accomplished in his life, his proudest accomplishment was his children and the beautiful families that they each
created.

JR is survived by his mother Elizabeth Sedlock; his children Jenni Houlton (Andy), Kari Wright (Cory), and Joseph Rolleston (Hannah); his grandchildren, Blake and Reed Houlton. John is preceded in death by his father, John Rolleston, II.
“Blame it all on my roots, I showed up in boots...”

The family will hold a private celebration of John’s life. In lieu of flowers, please consider a donation to the Hunt Family Foundation or Hope House.

To order memorial trees or send flowers to the family in memory of John "JR" Rolleston III, please visit our flower store.