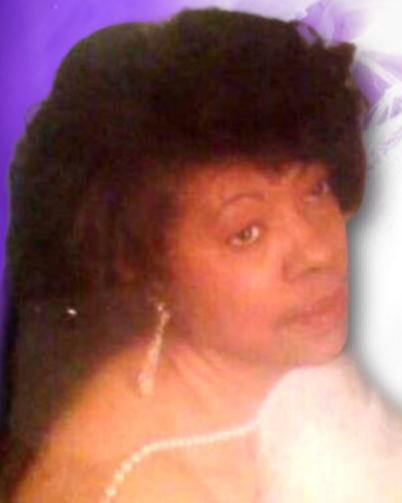 Mable Elizabeth was born on November 8, 1946, in Kansas City, Missouri to Luke Crockett Sr. and Lucille Crockett. Mable was educated within the Kansas City School District attending George Washington Carver Elementary, Lincoln Middle School and later, Manual High and Vocational School. While Mable decided to leave Manual High to raise her son and care for family, she later went back and obtained her General Education Diploma.

Mable was an extraordinary seamstress that gained her knowledge of sewing alongside of her sister Bonita, by their mother Lucille. Taking the knowledge that her mother instilled in her, Mable went on to work for The Kansas City Garment District. During her working years, she gained many opportunities to display her sewing talent with some of the most well-known clothing companies such as, Lee Jeans Company, Mendale’s Clothing Company, and Roberts Fashion to name a few. In 1962, Mable took up professional sewing where she acquired the skill of sewing with industrial sewing machines. Mable’s dedication and passion for   sewing led her to open her very own home sewing business in her basement where she often did alterations on women’s wedding dresses and homecoming dresses. Mable was blessed with acquiring different sewing contractor jobs in which she made seat covers for Medical Lift Chairs. Her commitment to her talent set the foundation for her to form great relationships with local dry cleaner companies around the neighborhood and become their personal seamstress. Mable will     always be remembered for having magical hands.

On June 18, 1971, Mable united in holy matrimony to Robert L. Smith, who preceded her in death.

Outside of sewing, Mable had a strong spirit of loving the Lord and was very   dedicated to helping others. She faithfully every year, weeks before Christmas, donated money to the Transforming Lives Women’s Ministry. Mable was glad to be a part of such an impacting organization that focused on changing the lives of other women. Her golden heart of giving was often displayed within the church.  In 2003, Mable joined Second Baptist Church under the leadership of Dr. Kendall Jones Sr. where she was a member of the Evangelistic Committee. Her faithfulness to the Lord guided her in becoming a teacher for the New Members Class.Teaching others the walk of life through God’s eyes, was a testament of Mable’s everlasting faith. She was known for always giving a powerful testimony at the end of service. Later in Mable’s spiritual journey, she became a member of Ebenezer Baptist Church under the leadership of Pastor Jesse Frazier. During her time with Ebenezer, she held the role of President of the Visitors and Communications   Ministry under the Hospitality Committee for four years. God truly ordered Mable’s steps with her leading by example while serving in such a major role within the church. Mable remained a faithful member of Ebenezer Baptist Church up until her passing.

Mable also often called, “Liz” was a family-oriented woman who love family cookouts and playing Big Wiz at family functions. One of her favorite things to do was “Saturday Junking” with her sister Bonita where over the years many things were collected and cherished by the shopping duo. She was loved by everyone in  her neighborhood. People never worried about losing contact with Mable or her sons Ira and Doyle as she maintained having the same address and phone number for over 40 years. Her beautiful smile, loving spirit and giving heart are just a few qualities that Mable possess and some that will truly be missed by many.

Mable Elizabeth departed this life, with a cross tightly secured in her hand, on Thursday, October 6, 2022, at the Kansas City Hospice House. She was preceded in death by her parents, Luke and Lucille Crockett; and siblings, Marvin W.  Crockett, Luke Crockett Jr., and Henry C. Crockett.

To order memorial trees or send flowers to the family in memory of Mable Elizabeth Smith, please visit our flower store.