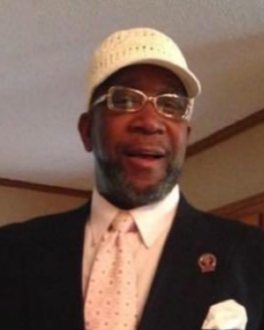 Major Willie Washington was born on August 18, 1951, to the union of Willie and Minnie Washington in Pine Bluff, Arkansas.

He was the oldest of eight children born to this union. Major attended Kansas City Public schools, graduating from Manual High School in 1971. He later attended courses at Penn Valley Community College.

In the early 1970's Major was blessed with his first son, and later his second son with Dorothea Banks. In 1985 he was joined in Holy Matrimony to Cathy James and one daughter was born to their union.

Major accepted Christ and was baptized at an early age, however in November 2004... he rededicated himself to the Lord as he became a faithful member, Deacon, as well as a participant in the male chorus at  Ebenezer Missionary Baptist Church.

After working several various jobs, his heart landed on   trucking. For over 30 years Major worked both over the road, as well as locally, as a truck driver. Truly loving his career choice, he would spend the rest of his life dedicating himself to his profession.

He departed this life on Wednesday, October 26, 2022. His father, mother, younger siblings, Eddie Joe, and Maria Washington and sister Delores Cage all preceded him in death.

To order memorial trees or send flowers to the family in memory of Major Willie Washington, please visit our flower store.