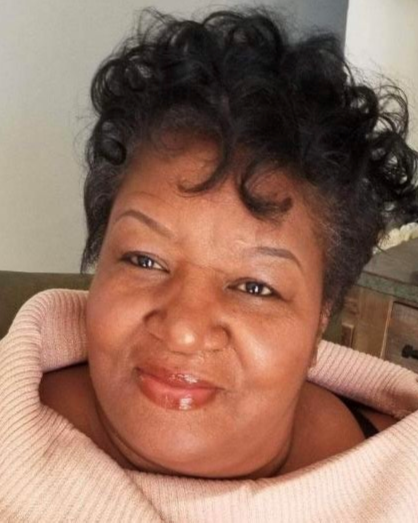 On Tuesday, November 15, 2022, Mereline Duncan, a beloved mother, passed away.
Mereline was born on January 24, 1959 in Kansas City, Missouri, to the Union of George D.
Duncan Sr. and Beaulah M. (McDonald) Duncan.
In her childhood she attended Father Benedict Justice, formerly known as
Annunciation/Holy Names and University of Islam. She loved the exposure to various religions,
as it taught her self-discipline, love, and forgiveness very early in life. Mereline would go on to
attend Central Middle School and graduate from Central High School as a “Mighty Blue Eagle”
Class of 1978. She went on to attend Pioneer and Penn Valley Community Colleges where she
studied Business Administration.
At an early age she had a calling to help others and volunteered at a family group home
assisting mentally handicapped individuals. She was a talented writer and used her gifts to
screen write plays to raise funds for the less fortunate. Her love for helping the mentally ill
would lead her to a 30+ year career with the State of Missouri (Western Missouri Mental Health
Center) as a Psychiatric Technician II, where she also served as Vice President of her Union
(AFSCME) for several years up until she retired. She was a recipient of multiple community
activist awards for her voluntary efforts with several organizations such as, Project Neighborly
Needs, MACCA (Muslim American Cultural &amp; Arts Association), SAC 20, PAC 20, GYRL and
more.
Mereline enjoyed nothing more than being a parent to her three children, La’Keisha,
Dontaè, and Hilton. She dedicated her entire adult life to making sure they wanted for nothing
and making sure she was always there for them. She loved boasting about their
accomplishments to whomever would listen. She was also a proud grandmother of four
beautiful granddaughters, Tityana, Tamia, Kenya, and Nevaeh, who assigned her the nickname
“Sugar Momma” because she was so sweet and loving.
She was compassionate with a huge heart that she constantly shared with others. Her
family, friends, co-workers, and associates adored her vivacious spirit, sweet voice, peaceful
aura and will miss her dearly. She was a one-of-a-kind, genuine, selfless person, always seeing
the best in people. If she loved you there wasn’t anything she wouldn’t do for you.
In Mereline’s youth you could probably find her on a basketball court embarrassing the
boys, earning her the nickname “Lemon” from leaving her opponents with sour faces. If she

wasn’t on the blacktop wowing bystanders with her silky moves, she could be found hitting G10
notes like Georgia Brown with her singing group “The Future’s” with baby sister Sharlene. “Merl
the Pearl”, as she was affectionately nicknamed by the ones who knew her best loved dancing
with her family members, as they went by the moniker “Two Stepping Duncan’s” when they
attended gatherings. She loved having a good time and enjoyed hosting parties that brought her
entire family together. She was upbeat, witty, and a true believer in God and walked by faith
sharing her life testimony to encourage people to not to give up on themselves.
Mereline was preceded in death by both parents, brothers Roosevelt D. Duncan,
James E. Duncan, Nathaniel Black Sr., and William Black Jr, sisters Mildrew Brown-Wafer and
Gloria Burton. Mereline is survived by her children, daughter La’Keisha D. Williams, special
daughter Annette Flowers, sons Dontaè Malray, and Hilton Horne II, brothers, Leon Pierceson
of Seattle, WA, George Duncan Jr, Samuel Duncan of Little Rock, AR, Gregory Williams (Vater)
of Grand Prairie, TX, Steven Williams, Michael Duncan (Terry) of Seattle, WA, and Bennie
Duncan (Cassaundra) and Lamont Jackson. Sisters, Gearldine Duncan of Seattle, WA,
Sharlene Duncan-Burris (Alphonso), Lauraqueta Collins, and Monica Jones, 4 Grandchildren
and a host of favorite nieces, nephews, family and friends.

To order memorial trees or send flowers to the family in memory of Mereline "Sugar Mama" Duncan, please visit our flower store.

Funeral Services will be held on Saturday December 3, 2022, visitation will be held from 9 A.M. - 11 A.M. with services beginning at 11 A.M. at Olivet Institutional Baptist Church in Kansas City, Kansas 66107