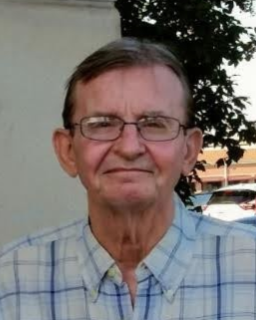 Michael Vathakos, 71, of Kansas City Missouri, passed away on November 19 of cancer.

Michael was born on November 3rd, 1951 to George and Noel Vathakos in Chicago, IL. After Michael graduated from Rockhurst High School in 1969, he went on to study biology and chemistry at Rockhurst University and later received his Master’s Degree in Plant Pathology from the University of Arkansas. After graduating, Michael worked as a senior field research scientist for Rhone Poulenc specializing in the disease of crops and vegetation, spending several summers in Lyon, France working in the disease of crops, and in Ft. Myers, Florida, where he lived for many years.

Michael was an Eagle Scout and continued supporting the Boy Scouts throughout his life. He enjoyed agriculture, the outdoors, canoeing and rafting, music (both listening and playing), TV, and cooking. He loved restoring his old Triumph and tinkering with cars. Michael returned to Kansas City in 2009 and worked as a neighborhood handyman and lawn/garden expert in retirement.  Michael is predeceased by his father, George Vathakos. He is survived by his daughter, Alecia (Sean) Ruane, mother of his daughter, Kathy Vathakos, his mother, Noel Vathakos (Grant), his sisters Patricia Peterson (Art) and Susan Gepford, and his niece, Lauren Gepford.

Committal of ashes will be in Pleasant Valley Cemetery (Overland Park, KS). The family will have private services.

To order memorial trees or send flowers to the family in memory of Michael Vathakos, please visit our flower store.