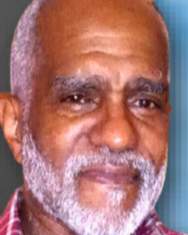 Michael was educated in the Kansas City, MO school district where he graduated from Westport High School, class of 1969. He also received higher education from  Penn Valley Community College.

Michael worked with Southwestern Bell from 1972-1996 from which he retired. He then continued his work career with the Kansas City Star and his most recent employer the T-Mobile Event Center.

Michael was raised and baptized at Paseo Baptist Church and a member of St. James United Methodist Church.

Michael departed this life on September 27, 2022. His father, Michael A. Williams, and brother, Darryl Williams preceded him in death.

To order memorial trees or send flowers to the family in memory of Michael Jerome Williams, please visit our flower store.