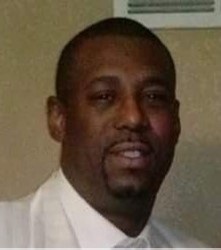 lonzo Lee Barron was born November 13, 1969 to George and Dorothy Barron in St. Louis, Missouri.  He was the youngest of five children.

After moving to Independence, Missouri he met the love of his life, Erica Jackson.  They became an inseparable pair and united in holy matrimony on February 14, 2014.

Al, as he was so fondly referred to, was blessed with a large and loving family that he enjoyed spending time with whenever possible. His weekly calls to family members near and far, allowed him to stay connected to all.  His calls will be missed.

Alonzo departed this life on Wednesday, January 26, 2022. His father, mother, sister, (Vivian) and son, (Makayle) preceded him in death.