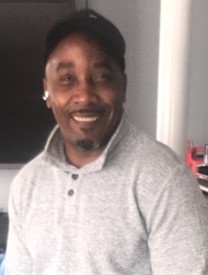 Patrick received his education in the Kansas City, Missouri School District. Patrick gave his life to God at an early age. Although he wasn’t a member of a church, Patrick loved the Lord very much.  He enjoyed spending time with his family and friends and was on the right track, setting his life in order. We were very proud of the changed man he had become.  He was also a very talented poem writer and expressed himself with the talent that God gave him.

Patrick was employed at Fabri-Quilt until his death.

Patrick transitioned from this life on Sunday, April 24, 2022, with his family surrounding him and holding his hand. He was preceded in death by his mother, Erma Jean York; maternal and paternal grandparents; nephews, Devin Burton, and Kevin Daniels; niece, Deveonna Rimson; and stepmother, Mary Burton. He will be deeply missed.