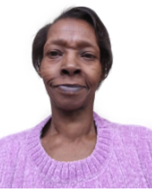 Patsy worked as a caregiver, she loved cooking, and spending time with her grandkids. She also loved to  play card games and dominos with her family and friends.

Patsy was a devoted Mother and Grandmother, and she will be deeply missed by her friends and family and all that knew her.