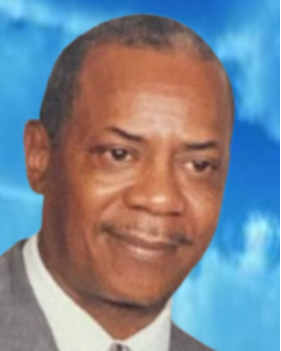 Ronney Lee Johnson was born on August 16, 1947, in   Kansas City, Missouri to parents, Robert Lee Johnson, Sr. and Kirlee Louise Brown. He was later blessed with stepmother, Cloteal Thomas, and stepfather, Walter Lester, they all preceded him in death along with two brothers, twin, Robert Lee Johnson, Jr., and Maurice Johnson, and a sister, Miliki LeJune.

Ron attained his formal education from the Kansas City, Missouri Public School System, graduating from Central High School.  He achieved an Associate in Arts Degree from MCC-Penn Valley-Longview as a member of the Dean’s List, and the Phi Theta Kappa International   Honor Society for Scholars.  Ron also attended the University of Missouri in Columbia.

Ron was employed at Reliable Life Insurance as an Agent, but later operated and owned a Farmers Insurance Office. He also worked for Safeway Distribution Center;  WTKL Radio Station in Baton Rouge, Louisiana, where he lead the Sales team in sales and was promoted to  manager. With Ron’s professional expertise at the radio station, he was  involved in on air commercials, commercial copy writing, produced commercials, and operated the control board, and live remote broadcasting.

To order memorial trees or send flowers to the family in memory of Ronney Johnson, please visit our flower store.