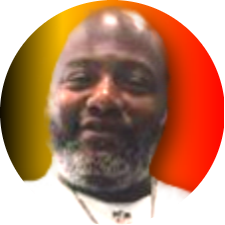 Tyree was educated in the Kansas City Kansas Public School District. Some time later he attended trade school where he successfully learned the art of Horticulture. He worked various jobs throughout Kansas City, KS.  However if you really knew Tyree and his "temperament " you know he eventually decided to become an entrepreneur where he would utilize his skills in horticulture. He would go on to work in Sells and Lawn Service.

Tyree really enjoyed chatting about his love and knowledge for cars, landscaping and his love for the Kansas City Chiefs! He loved spending time with family & friends. He also loved generously helping others.

Tyree departed this life on Saturday, July 30, 2022. He is preceded in death by his Grandparents; Rose and Gordie Cole Sr, Mother; Mary P. Cole, and Granddaughter Ty'Lin Claggett.

To order memorial trees or send flowers to the family in memory of Tyree Jerome Cole, please visit our flower store.